As a matter of law and policy, each Value Schools student and employee has a right to learn and work in an environment that is free from unlawful discrimination. No Value Schools student or employee shall be excluded from participation in, be denied the benefits of, or be subject to discrimination on the basis of actual or perceived sex, sexual orientation, gender, or gender identity or expression.
For a copy of Value Schools Title IX Policy
Title IX of the Educational Amendments of 1972 (20 U.S.C. Sec. 1681 et seq.) is one of several federal and state anti-discrimination laws that ensure equality in education. Title IX prohibits discrimination, harassment, exclusion, denial, limitation or separation based on sex or gender. Title IX applies to both male and female students in any educational institution receiving federal funding.
The laws found in the California Education Code 221.5-231.5  are collectively known as the Sex Equity in Education Act. These laws expand upon gender equity and Title IX laws which provide guidance to California’s education system. In particular, students at Value Schools have the following rights:
Who is the Title IX Gender Equity Coordinator for Value Schools?
Each of the schools operated by Value Schools has its own Title IX Gender Equity Coordinator.
The names and contact information of the Title IX coordinators for Value Schools are:
Central City Value High School: Principal Joaquin Arroyo, (213) 471-4686
University Prep Value High School: Principal Rob Poyer, (213) 382-1223
Downtown Value School: Principal Claudia Godlewski, (213) 748-8868
Everest Value School: Principal Christopher Medinger, (213) 487-7736
Where can I get more information on the rights of a student and the public and the responsibilities of a public school under Title IX?
The following internet resources are available to find more information regarding rights and responsibilities under Title IX:

Is there a statute of limitations for filing a complaint for harassment or discrimination?
Any parent, guardian, individual, organization has the right to file a written complaint of discrimination, harassment, intimidation, and/or bullying on the basis of a protected characteristic within six months from the date the alleged incident occurred or the complainant first obtained knowledge of the facts of the alleged incident.
How may a complaint be filed more than six months after the incident?
Upon written request by a complainant setting forth reasons for an extension, the CEO of Value Schools or his or her designee may extend the timeline for filing a complaint of discrimination, harassment, intimidation, and/or bullying if good cause is shown. Any extension must be made in writing and may not exceed 90 days following the expiration of the six month time period.
How are complaints investigated?
Complaints filed with Value Schools that allege discrimination, harassment, intimidation, and/or bullying are generally handled under the Value Schools Uniform Complaint Procedures. (Complaints that do not fall under the jurisdiction of the UCP will be referred to the appropriate office or resource suited to the allegations.) Under the UCP, the principal or other designated official who receives the complaint acknowledges receipt, records the date of receipt, and assigns an investigator. The investigator has 60 calendar days (which may be extended by mutual agreement) to investigate the complaint and to send a letter with findings to relevant parties. The investigator contacts the complainant, unless the complaint is anonymous, and gives complainants and/or their representatives an opportunity to present evidence or information to support the allegations. The investigator also contacts others who may have pertinent knowledge of the situation and seeks data to inform the ultimate report.
The written report of the investigative findings contains the allegations, method of investigation, policy, findings, conclusions, and corrective actions, if applicable. It shall also set out options for appeal to the appropriate agency, such as the California Department of Education or the United States Department of Education.
How may I file a discrimination complaint?
Any individual, public agency or organization may file a written complaint alleging that Value Schools or any of its schools has violated federal or state laws or regulations governing their programs and activities, as well as allegations of discrimination, harassment, intimidation, and/or bullying. Complaints about individual schools should be directed to the principal of that school:
Complaint Managers

Complaints that are not related to a single school, or complaints about a school principal, should be directed to:
Anie Aton, Human Resources Manager
Value Schools
680 Wilshire Place, Suite 315
Los Angeles CA 90005
(213) 388-8676

A complaint may be filed anonymously if it provides evidence or information supporting an allegation of noncompliance. Complainants making an oral complaint shall be referred to an administrator/designee who will assist any person with a disability or unable to prepare a written complaint. An internal complaint can be made using the Value Schools Uniform Complaint Procedure (UCP) form, found on the Value Schools website or any school office.

Value Schools encourages local resolution of all complaints, but a discrimination complaint may be filed with the federal government through these offices: 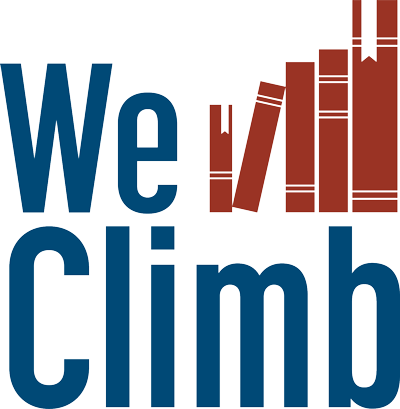 JOIN US ON OUR “WE CLIMB” CAMPAIGN TO RAISE $5.5 MILLION FOR AN EVEREST VALUE SCHOOL CAMPUS.
FIND OUT HOW